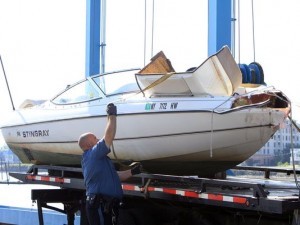 When police arrived at the scene of the Deselms accident, he was disoriented and said that he didn’t remember the crash. If Deselms is convicted of first-degree manslaughter, he faces at least eight years in prison and possibly a life sentence

Boating Under the Influence (BUI) is a serious crime that can result in license revocations, fines, probation and jail time. Boaters who drive under the influence are 10 times more likely to die in an accident than a boater who is sober. The higher death rate for BUI boaters is attributed to the effect alcohol has on a person’s equilibrium. When a drunken person falls into the water, he or she can have a difficult time judging which direction is up, and many drown.

In Florida, BUI laws are very strict, because the Sunshine State now has the highest boating-accident rate in the United States. If you or a loved one has been injured in a boating accident, it is important to get in touch with an attorney to ensure that you receive justice and the compensation you need to cover medical expenses. At Wolfson & Leon, we are here to help. For a free case evaluation, contact us at 305-285-1115.