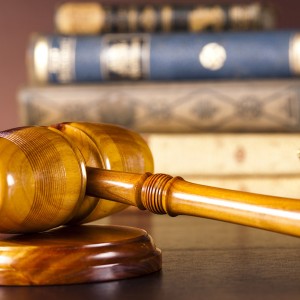 Recently, in an Orange County personal injury sexual abuse case, the Fifth District Court of Appeal ruled on issues surrounding improper closing arguments and a directed verdict.   On January 31, 2019, in the case of Jagger Ferguson v. Orange County, (Florida 5th DCA 2019) Case No. 5D18-2405, they reversed the trial court’s grant of a directed verdict in favor of the Plaintiff and the granting of a mistrial for improper closing arguments.

The case arises out of an alleged sexual abuse and resulting post-traumatic stress disorder that occurred during Mr. Ferguson’s jail tour.  He was doing a jail tour as part of a juvenile diversion program.   After a defense verdict was entered, the Trial Court entered a directed verdict against the Defendant finding that no reasonable jury could find otherwise.  And, the Trial Court granted a mistrial, ruling that Defense Counsel violated two orders on motions in limine.  The first order prevented the defendant from showing the jury an unredacted document that showed the Plaintiff was doing the jail tour as part of a diversion program.  The defense lawyer violated that order showing the unredacted document to the jury.  The second order prevented Defendant from mentioning that Plaintiff had a collateral source that may pay for any medical treatment he needed in the future.  The defense lawyer also blatantly violated that order, stating that the Plaintiff’s current employer, the United States Army, would “take care of its own”.

In reversing the grant of a directed verdict, Justice Evander, who penned the decision, reasoned that, while it was true that no reasonable jury could find that the Plaintiff was comparatively negligent, the jury could have entered the defense verdict on the basis of lack of causation.  On the issue of the mistrial and violation of the orders on motions in limine, the 5th DCA applied the standard of fundamental error because no objections were made contemporaneously with the violation of the Court orders.  Applying that standard, Justice Evander referred to the case of Murphy v. International Robotic-Systems, Inc. 766 So. 2d 1010 (Fla. 2000).   The 5th DCA held that “[a]lthough defense counsel’s aforementioned arguments were clearly improper, we cannot conclude that they were incurable or that they ‘so damaged the fairness of the trial that the public’s interests in our system of justice requires a new trial.’”  Murphy, 766 So.2d at 1031.

For a plaintiff or plaintiff lawyer, there are several things that can be taken from this.  First, this decision highlights how high the burden is when applying the fundamental error standard.  The Court in Ferguson highlights that the standard of fundamental error is a “high one”.  Second, it raises the issue of specificity of a verdict form.  The standard instructions do not require a jury to go step by step to determine negligence, comparative negligence, and then causation.   Florida Standard Jury Instruction, Form 1, Model Form of Verdict for General Negligence with Apportionment of Fault reads as follows:

We, the jury, return the following verdict:

1.  Was there negligence on the part of (defendant) which was a legal cause of [loss] [injury] [or] [damage] to (claimant) (decedent)?

As you can see, if the jury does not find that the Defendant was the “legal cause of loss, injury, or damage to the claimant”, then the issue of comparative negligence is not reached.  This is how the result above happens.  The reasoning of the Court makes perfect sense.  With regards to the violations of motions in limine, this situation does appear egregious.  And, from footnotes in the case, it appears the defense lawyer and defendant may suffer consequences in the form of sanctions and possibly other things.  But the Defendant does not actually lose because of the bad conduct.  Rather, the Court separates the conduct from the impact of it and reasons that the bad conduct did not create “Fundamental Error”.

This case also highlights the difficulty in trying cases against lawyers who violate court rules, orders, and so on.  While the vast majority of lawyers do not do that, these sorts of situations keep attorneys on their “toes” during trial.  Here, at Wolfson Law Firm, we try cases to verdict and have dealt with issues of fundamental error, mistrial, motions in limine, and directed findings.  If you are a lawyer and want our assistance trying a case, we would be happy to review the matter with you and consider trying it with you or for you.  We also handle cases in Orange County as well as every other county in the State of Florida.  Call us if we can help you whether you are an attorney or an injured victim. You can reach us at (305) 285-1115 or through our Contact Form on our website.