“Know your enemy and know yourself and you can fight a hundred battles without disaster.” Sun Tzu

We represent people who were injured or killed due to the negligence of another person or company. Often times, fighting for justice involves going to trial. That is why it is important to know how to represent injured people, but to also know thy enemy – the defense attorney. That is why we bring to you the “Confessions of an Insurance Defense Trial Attorney”. The following actually took place in a South Florida courtroom and provides a unique insight into the mind of a defense attorney who chooses to remain anonymous. 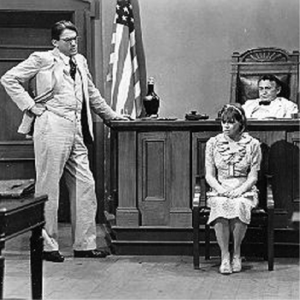 The first trial witness was the plaintiff’s treating physician. He was a young orthopedic surgeon who was educated at Harvard and never missed an opportunity to let everyone know. His self-confidence knew no bounds. It wasn’t hard to imagine his mom always telling him, since birth, that he was the smartest and the best. Although he was about six feet tall, he looked like he never missed a meal and as a result, he couldn’t button his white lab coat if he wanted to.

He testified that the plaintiff was permanently injured and needed surgery as a result of my client’s negligence. After seeing him testify, I was eager to cross examine him because he was smug and unnecessarily self-important. I also had that blue collar chip on my shoulder that he had everything I didn’t. Truth be told, I always find something I don’t like about a witness that I have to cross examine. It makes it easier to go after them. All of this made the young physician an easy target, with or without the Ivy League degrees.

I started my question as I arose from my seat in a loud, deep voice “Doctor, how much you getting paid for your testimony today?” In time he would learn how to answer that question with an explanation that he wasn’t getting paid for his testimony but for his time out of the office. While I wasn’t there to help him, I was going to teach him a few things he wouldn’t soon forget.

The doctor looked around, confused by the unfriendly tone of my question. “Uh, I don’t see that is any of your business. I’m here to testify about my patient.”

I walked slowly towards him with my heels echoing off the walls, drawing the jury’s attention to my question. “Well it is my business, and I’m sure the jury wants to know how much you’re getting paid for your testimony, so answer my question.”

He was getting desperate and looked to the judge for help. “Do I have to answer that question your honor?”

I took the opportunity to say the money line again. “Let me rephrase the question for you doctor. Please tell the jury how much money you are being paid for your testimony today.”

I feigned surprise. “Wow. Is that for the whole day?”

“So if I ask you a bunch of questions and hold you over until after lunch, then it’s another five grand?”

“I guess so. I haven’t testified that much before.” He tried to escape this line of questioning by smiling at the jury, as if his mother was there and pathetically said “How am I doing?”

This was too easy. I said “At ten grand a day, I’d say you’re doing very well.”

“Now doctor, let’s discuss how you met your patient. You never treated him before this accident, correct?”

“In fact, you didn’t see him until two full weeks after the accident, correct?”

“Was he sent to you by the hospital?”

I milked it more. “Was he referred to you by a family member, friend, or co-worker?

“Your patient lived about 35 miles from your office, correct?”

Confused he said “I guess.”

“Well, he lives in Hollywood and your office is in Miami, right?”

“Any idea how many hospitals and orthopedic surgeons he passed by to get to your office?”

“But you will agree that there are a few hospitals and orthopedics in between, correct?

Now he understood and shifted uncomfortably in his chair. “Yeah, I guess so.”

“Let me check my file.” He was trying to buy time.

I wasn’t going to let him delay and disrupt my rhythm. “Doctor. For five thousand bucks up front, didn’t you already review your file?”

“Well yes, but I reviewed my notes and I’m still waiting for a question about my treatment.” Now he was fighting back a little. That was good because I could lose the jury if it looked like I was beating him up too bad.

“Not to worry, we’ll get there. Let’s stop wasting time. This patient was referred to you by his attorney, right?”

I wasn’t going to let him defuse this point. “It appears so? How about a simple yes or no doctor?”

Looking like a scolded child again he dropped his head and said “Yes.”

I decide to reach back to point one and double up. “That’s the same attorney who paid you five grand for your testimony today, correct?”

I pointed at the other attorney and said “That attorney right?”

“Yes. That’s him.” It was a bonus getting him to agree to an identification as if this were a criminal trial. But I wasn’t done.

“Let’s talk about your treatment of this patient. You treated him for four months at a total of twelve grand, correct?”

“And you diagnosed him as having a neurological spinal injury that needs surgery?”

“Yet, in four months of treatment, your patient never tested positively on a single neurological test did he?”

Now he was revived. I was finally playing in his sandbox. We were talking about medical issues and he had his Harvard degree. His confidence began to reappear like the sun peeking around a cloud. “Well, no. He did have a neurological injury.”

“Show me one instance in your records where he had a positive response to neurological exam.”

“Just because he didn’t have a specific response doesn’t mean there wasn’t a neurological injury. Just look at Tiger Woods. He withdrew from a tournament last week because of numbness and tingling in his arms and he’s a world class athlete so he wouldn’t lie.”

Silence filled courtroom. I was trying to make sure I didn’t imagine what he said. In a moment, I decided that he did say it and said “His wife might disagree.”

The courtroom erupted in laughter. The young doctor slowly realized what he had said. He smiled sheepishly in what was probably the worst moment of his young career.

After the laughter died down, I simply said “No further questions.” Sometimes the best strategy in an effective cross examination is knowing when to stop. This was one of those moments.

Wolfson & Leon is a Miami personal injury law firm located in Miami, Florida that practices entirely in the field of all types of accident, injury, and wrongful death cases. The firm routinely accepts trial referrals. It is a boutique law firm that represents clients, giving them the utmost personal attention. Wolfson lawyers help clients in all parts of injury and wrongful death claims, handling cases from initial investigation, through trial, and even appeals.