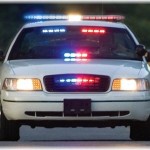 But there was some question that this was ever illegal. In fact, officers were citing people under Florida Motor Vehicle Statute 316 portions where it is prohibited to have flashing lights on your vehicle. It appears that was a stretch as that law was in place to prevent the general public from having strobe lights on their cars. And a lawyer was rounding up people who had paid fines on that basis to pursue a class action.

The new law that is going into effect appears to be an effort to stall or make moot any civil class action. In any event, if you want to warn folks about speed traps, go ahead and do so.

One thought though is, why do people to this? So many accidents are caused by speed and drunk driving. And speed traps and sobriety checkpoints are there to prevent this activity. When folks warn others about the checkpoints and speedtraps, who are they helpin? It is easy to understand how government’s intrusion into our lives in this Country is excessive. But the simple governmental activities associated with our public safety like setting up checkpoints and speed traps don’t seem so intrusive. Rather, these policing activities should be welcomed and protected. So why did the legislature pass this law?  Perhaps it isn’t such a great idea from a policy standpoint.