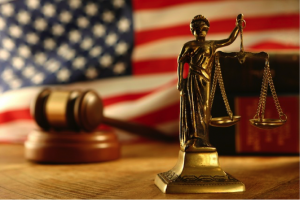 Being a crime victim or someone close to a deceased crime victim is a difficult and life – changing experience. The world doesn’t look the same anymore. Suffering attack on your life, personal freedom, sexual freedom, safety, property, or anything else, means that the trust in others you once had is now shaken, or completely lost. After the unfortunate event, crime victims are in a very specific mental and emotional state: at the same time, they eagerly seek for justice, and criminal procedures are overwhelming for them. While they do their best to help the investigation, it is struggling to relive the criminal event repeatedly.

Overall, the United States provides a crime victim a significant position in the criminal procedure by entitling them to many rights. Each state can widen the scope of these rights further, and they often do that. Crime victims cooperate with investigation by giving valuable information to authorities, and later testify in court, but they also have the right to be informed, to be present, and to be heard when relevant, at all crucial stages of criminal proceedings, so long as exercising their rights doesn’t interfere with the rights of the accused.

It might look as if victims are in a very comfortable position in criminal proceedings, but the big picture is different. If you take a closer look at the laws, you’ll notice that in the US Constitution and every single state constitution have enumerated rights for accused and convicted individuals. Entitling them to these rights is in the spirit of modern civilization and democratic values, as it provides for fair procedure and shouldn’t allow anyone to be convicted in unfair trials. Whereas, the US Constitution and fifteen state constitutions haven’t enumerated crime victim rights yet. While accused persons have more than twenty rights listed in the US Constitution, crime victims have none yet.

This is the reason why Marsy’s Law for All, a crime victims’ rights movement seeks to amend all the state constitutions and possibly the US Constitution with strictly enumerated rights for crime victims. They don’t ask for privileged position of victim, but only equal rights with those accused or convicted.

The initiative comes from Dr. Henry T. Nicholas, whose sister was stalked and murdered by her ex-boyfriend in 1983. One week after the murder, when he and his mother entered a store right after the visit to his sister’s grave, they saw the accused murderer. The family had no information about his release on bail. Since then, the pain and suffering that this event produced has been used as a catalyst for change. Now Dr. Nicholas leads the movement that has initiated and helped pass state constitution amendments in all but fifteen US states. Florida is one of these few states that haven’t passed the changes yet. The group, however, advocates heavily on this issue and it is expected to be passed in the 2018 ballot.

To better understand what changes the Marsy’s Law for All aims to bring, we need to get a picture of the present situation with crime victim rights in Florida.

Florida Constitution entitles “victims of crime or their lawful representatives, including the next of kin of homicide victims, to the right to be informed, to be present, and to be heard when relevant, at all crucial stages of criminal proceedings, to the extent that these rights do not interfere with the constitutional rights of the accused.”

Florida Statutes further regulate this issue in more details. The guidelines for fair treatment of victims and witnesses in the criminal justice and juvenile justice systems list some victim rights in Section 960.001. The most important of them include:

Victim rights are not listed like this in the guidelines. If the Marsy’s Law is passed in Florida, a list like this one will become a reality. The guidelines provide significant amount of rights to the victim, but that’s not enough.

Marsy’s Law will bring crime victims’ rights to the next level. If Florida authorities pass the state constitution amendments, crime victims will enjoy the following rights:

As many as 35 US states have amended their constitutions with these rights already. Marsy’s Law is not a controversial issue. It doesn’t bring any harm to any social group, but it just brings equality by enhancing crime victims’ rights without interfering with accused persons’ rights.

At Wolfson & Leon, our Miami crime victim injury lawyers support the efforts to bring Marsy’s Law to Florida. If you or your family were injured or killed during the commission of a crime in Miami or anywhere in Florida, please give us a call at (305) 285-1115 for a free consultation and allow us the opportunity to answer your questions.