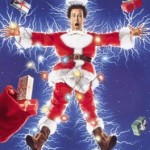 Now, the question is, how do you make a Christmas tree safe and not likely to burn and injure you or you family and home? The answer is simple: watering a Christas tree makes it significantly less likely to burn at the same rate as a tree that was not watered. The logic is simple: dry branches and needles will start on fire much easier. Some ways from keeping your tree from getting too dry are not to put your live tree up too early and don’t leave it up for longer than a total of two weeks.  And, remember to keep the tree stand filled with water at all times.

Another way of not causing a Christmas tree fire is to avoid placing it close to a heat source like a fireplace or heat vent.  The tree will become easier to ignite because the heat dries it out.  And the nearby flame and sparks will including a fireplace or heat vent. The heat will dry out the tree, causing it to be more easily ignited by heat, flame or sparks. And, if you smoke, don’t flick your ashes or smoke near a Christmas tree.

Finally, never put parts of your tree in the fireplace or stove when you are done with it. Once the tree dries up, get rid of it.  Take it to a green waste center or have it hauled away by your trash pickup service.

Have a great Holiday season and stay safe!