The Florida Department of Highway Safety and Motor Vehicles reports that during 2011, there were 2,400 statewide fatalities on the roads. This is particularly alarming when compared to citation and arrest statistics. 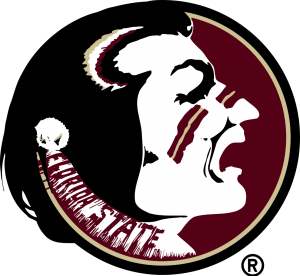 Over the same period, authorities issued more than 300,000 citations. It is not surprising that, given the number of contraventions on the state’s roads, there is a serious problem with motor vehicle crashes and fatalities.

If you sustained serious injuries in a car crash and you are struggling to pay the associated medical bills, it is important to remember that you may be eligible for compensation. An experienced Miami personal-injury lawyer may be able to recover damages for injuries associated with the crash.

At Wolfson & Leon, we offer a free consultation to evaluate your case and provide an idea of your prospects. Call us today at 305-285-1115 to schedule an appointment with a specialist accident attorney.

The New York Times reports that star Florida State football player allegedly left the scene of a serious car crash and received only tickets as a result. Reports indicate that the player drove his vehicle in front of an oncoming car driven by teenager on his way home from work.

Police say the impact wrecked both cars, and after the crash, the football player and his two passengers left the scene. However, the article indicates that the following day, there was no mention or sign of the hit-and-run crash. The student was driving on a suspended license but did not face criminal charges; he only received two traffic tickets. Fortunately, neither driver sustained serious injuries.

WCTV reports that a local teacher died in a Florida car crash this November. The victim, Erika Marie Kubik, was a teacher at Florida High, and students and teachers are grieving the loss.

Florida police say the crash was in Sumter County, a few miles east of Interstate 75. Kubik crashed into the median and hit the guardrail before spinning out of control and into a pole adjacent to the southbound lanes.

Tributes have flowed in from colleagues at the school, with many people describing her as a mother to the third-grade students that she taught. Colleagues say she was dedicated, loyal and a gifted teacher. Grief counselors assisted pupils and fellow teachers to help them come to terms with the shock of the crash.

Police have not released the results of a full investigation, but there were no other injuries or vehicles involved in the accident.

Although many car accidents are entirely unavoidable, most are preventable. The unfortunate reality is that many collisions result from driver negligence. In these cases, victims may be entitled to compensation to cover medical bills and lost wages.

If you suffered injuries from a car accident, contact Wolfson & Leon. For a free consultation and a case evaluation, call a Miami accident attorney today at 305-285-1115.