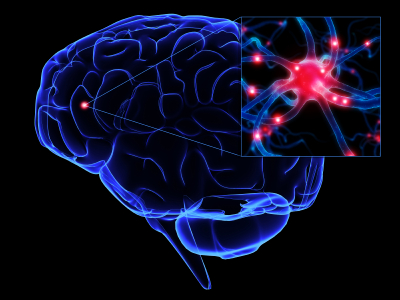 TBIs occur when the brain hits the inside of the skull and there is a disruption in the normal functioning of the brain. The most common cause of TBIs stems from falls, such as a person slipping and falling in store, and banging their head on an object. However, people can also sustain TBIs from car crashes or motorcycle crashes. People can even get TBIs from objects falling on their heads.

Doctors put TBIs into three main categories. The categories are mild, moderate, and severe. It is important to note, however, that the category of the TBI does not necessarily correlate to long-term symptoms.

Over the past two decades, medical science has developed and changed much of what we know regarding TBIs and how to treat them. Much of what we knew has actually been proven false. Unfortunately, many of the insurance companies still have outdated notions of TBIs and will assess people based on those assumptions.

The insurance companies can be hard to fight, and they can often confuse people about what is true and false about TBIs. So, here are several facts you need to know about TBIs.

One of the biggest assumptions is that if a person does not lose consciousness, then the TBI is very mild and there will not be any long-term issues. Nowadays, however, we know that a loss of consciousness does not necessarily correlate to the severity of the TBI.

Instead, it is now thought that a simple alteration of consciousness or diminishment of consciousness may be a better indicator of the severity of TBI. It can also be extremely hard to determine whether a person actually does lose consciousness. This can be especially true if a person is alone when the TBI occurs.

Here are some examples of what happens if you experience an alteration of consciousness:

If you have an accident and hit your head, it is important to take the time to figure out what happened. No matter what happened, if you slipped and fell, or an item in a store fell on your head, or you were involved in a car crash, you need to reflect on what happened before talking to someone. If you mistakenly say something like “It wasn’t that bad,” then that can be recorded and used against you in the future.

Another issue is that if you have an accident in a store, the employees may wait sometime before calling for medical help. The injured person can wake up during the time that it takes for the emergency medical personnel to get to the site of the accident. The emergency medical personnel may think that the injured person is not as bad as he or she actually is.

More recent studies, however, have shown that infant or young children actually suffer worse from TBIs than their adult counterparts do. People do not have fully developed brains until they are 23 or 24 years old. If a person suffers from a TBI before their brain is fully developed, then it could potentially lead to incredibly long-lasting effects.

A third myth that is common regarding TBIs is that TBIs do not cause anxiety or depression. This is absolutely false. Previous medical thought usually separated the physical symptoms and psychological symptoms. Nowadays, modern medicine has a more holistic approach, as more and more studies demonstrate how the two symptoms can be inter-related. We now know that psychological states are caused by chemical imbalances.

One of the biggest issues that can result from a TBI is that a person’s pituitary gland can be damaged. The pituitary gland is considered the “master gland” by doctors, because of how many chemicals the gland operates. A minor injury can lead to serious chemical imbalances, which can cause extreme emotional issues.

Another myth regarding symptoms is that mild TBIs do not cause seizures. Studies with soldiers returning from the Middle East have shown that seizures can occur no matter if a person has a mild, moderate, or severe TBI.

A legal myth that is often floated around is that previous head trauma can destroy your case. This is definitely not true. While inexperienced lawyers may not take your case, a previous head trauma does not necessarily stop you from getting your fair compensation under the theory of an aggravation of a pre-existing condition. Florida law allows a jury to look at all the evidence, including prior injuries, and determine if the accident in question made the previous condition worse.

A prior TBI is an issue if it caused serious symptoms such that distinguishing the symptoms from the prior TBI and the most recent TBI is impossible. Fortunately, most of the time this is not the case, and a traumatic brain injury accident attorney can help sort out the correct evidence needed for your case.

With all of these myths, you can see why it can be very hard to get the fair compensation that you deserve. It is imperative that you call the best Florida traumatic brain injury lawyer you can find. Considering the potential long-term effects of a TBI, your choice of a TBI attorney may be one of the most serious decisions you ever make.

At Wolfson & Leon, our Florida TBI accident attorneys have fought for severely injured victims since 1963. We have represented TBI victims in their pursuit for justice and fair compensation. Wolfson & Leon has offices in Miami, Fort Myers, Fort Lauderdale and West Palm Beach. We are available to consult with anyone injured in Florida including the communities of Orlando, Tampa, Florida Keys, Jacksonville, Miami Beach, Hialeah, Naples, Sarasota and Clearwater. We also welcome the opportunity to co-counsel with other attorneys who may have a TBI accident case.

We offer completely free consultations at 305-285-1115 and we will never charge a fee unless and until we make a financial recovery for you. Call us today – we are standing by and we can help.