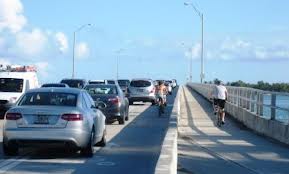 Florida’s official nickname is the Sunshine State. Its beautiful beaches and luscious state parks draw thousands each year to enjoy the great outdoors. This may sound like Florida is therefore the perfect place to go for a bike ride. Unfortunately, however, Florida is ranked as the most dangerous state in the country to ride a bicycle.

According to a recent study by the National Highway Transportation Safety Administration, bicyclists in Florida as far more likely to be killed than in any other state in the US. The NHTSA study looked at the number of deaths resulting from traffic crashes between 2007 to 2016, and the results were surprising. For Florida, many, if not most, of the state’s cities dominate the study’s rankings as the most dangerous for cyclists.

Unlike many cities in Europe, like London or Amsterdam, metro areas in the United States are not built with cyclists in mind. Most cities in Europe specifically build their infrastructure to include modes of transportation that do not revolve around cars. For example, the European cities are better at including independent bicycle lanes or creating safer crosswalks for pedestrians.

According to the report prepared by the NHTSA, there was a total of 840 bicyclists killed from traffic accidents in 2016. This was a surprising increase from 2015, in which 829 bicyclists died in crashes. That’s an increase of 1.3 percent in just one year. This increase is unfortunately part of a larger trend that the report found. 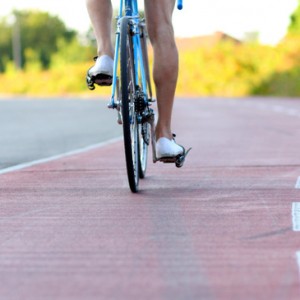 So why are the statistics so bad?

One reason is that many cities across Florida and the country in general have a growing number of bicycle sharing companies springing up, putting many bicycles on the road. These companies are trying to re-imagine the way people get around cities. They offer bicycles at fairly cheap rental rates for short point-to-point trips. Most of the companies allow the customer to pick up a bicycle at a self-service station and return the bicycle to any other services station in the metro area.

Another issue is the shear combination of tourists, elderly drivers, and relatively densely packed metro areas. It can be a jumble of people who either do not really know the area and people who are not able to drive that well.

Another reason for the high levels of crashes is the number of people involved often distract themselves by texting.

While texting and driving is illegal in Florida, it is often hard to enforce. Unlike most states where a police officer can stop a driver just for seeing them text on their phone, in Florida it is illegal to stop a driver for just texting. So, in essence, in order for a police officer in Florida to pull someone over for texting, they have to have another reason, such as speeding or failing to use a turn signal when switching lanes.

In an interesting study, the South Florida Sun-Sentinel researched and analyzed the causes of 3 million crashes involving automobiles from 2013 to 2016. The study found that the rate of drivers while texting was skyrocketing.

Unfortunately, the Florida legislature has been extremely slow in creating tougher laws, and surprisingly, the Florida has no official way of tracking cell phone use in crashes. The South Florida Sun-Sentinel, however, found that the rate of collisions that were typical of texting while driving is increasing dramatically.

Keyna Cory, the coordinator for the Florida Don’t Text and Drive Coalition, said that the rate was an epidemic. Cory continued by saying that the sharp rise in people driving carelessly and erratically was highly tied to the number of people texting while driving.

Fortunately, there have been some positive developments. For example, the Florida Department of Transportation recently changed the standard width for bike lanes. The standard changed from a meager 4 feet to 7 feet in 2014. The Department now further recommends that bike lanes are buffered or protected. The Department further launched a $100 million campaign in 2016 to increase the light in over 2,000 locations around the state. This was to help prevent the number of nighttime crashes.

At Wolfson & Leon, our Florida bicycle accident attorneys are here to help anyone injured in a bike accident in Florida. We offer free consultations and we never charge a fee unless we make a recovery for you. Just call us at 305-285-1115 with any questions. We have offices in Miami, Fort Myers, West Palm Beach and Fort Lauderdale. Our Florida personal injury lawyers are available to serve the communities of Orlando, Tampa, Sarasota, Naples, Tallahassee, Gainesville, Jacksonville, Daytona Beach and the Florida Keys. Call us today and let us help you and your loved ones after your Florida bike accident.