One of the most often tried types of personal injury cases involves negligent driving. Negligent driving spans a wide variety of situations. Any action that increases the likelihood of an accident but could have been reasonably prevented is considered negligent. These actions include talking or texting on a cell phone, putting on make up, eating or drinking, among others. 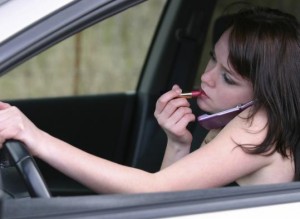 If a negligent driver caused an accident, and you were injured as a result, it is important to stand up for yourself to ensure that you are fairly compensated. Your first step should be to call a personal injury attorney who can review your claim and build a strong case around it. At Wolfson & Leon, we have more than six decades of combined experience in the Miami area. Let us put that experience to work for you. Call Us At 305-285-1115 Today!

Drinking causes people to have slower reaction times and impairs motor control, making intoxication and driving extremely incompatible. Most people don’t plan to drink and drive, but after they have been drinking, their decision might change. Health Day recently reported on a new study that proved people’s opinions on drunk driving change after they start drinking.

Researchers asked people while they were sober if they would ever drive drunk, and they generally responded that they would not. After drinking to the point that it would be illegal to drive, however, many said that they felt they could drive safely. That is why it is so important to make alternative transportation plans before you start drinking.

ABC News reports that a Florida man decided to drive his motorcycle while he was drunk. At nearly 5 a.m., the man didn’t notice that a car in front of him was stopped at a red light, and he rear-ended the vehicle. Both he and his passenger were rushed to the hospital with critical injuries.

If you have been injured by a drunk driver in the Miami area, contact us right away. We can help you assess the situation and initiate legal action to ensure you are fairly compensated. For a free initial consultation, Call Us At 305-285-1115 Today!