Hit-and-run accidents are a growing danger on U.S. roadways. According to the National Highway Traffic Safety Administration (NHTSA), at-fault drivers flee the scene in about 11 percent of accidents. In Florida, news about hit-and-runs was all over the media in January. Below, you’ll find a summary of three of those stories. 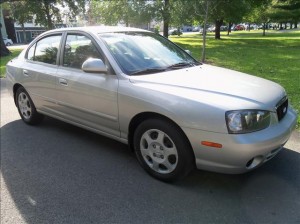 If you have been in an accident and the driver who caused the wreck fled the scene, we can help. At Wolfson & Leon, we’ve represented car accident victims since 1963. If you are looking for a car-accident lawyer in Miami, give us a call. We offer a free consultation so that you can decide if we are a good fit. To schedule your consultation, Call Us At 305-285-1115 Today!

The Brandenton Herald reports that the Senate Transportation and Highway Safety Subcommittee approved a new bill that would institute more severe penalties for leaving the scene of an accident. The bill is a response to the claim that Florida’s laws give drunk drivers an incentive to leave their victims because DUI laws are more severe than hit-and-run laws.

State Senator Miguel Diaz de la Portilla, who proposed the bill, said that the penalty for leaving the scene needs to be at least as severe as for driving under the influence, if not more severe.

Pedestrian Ran Over Twice And Both Drivers Left The Scene

CBS Miami reports that a pedestrian was crossing the road when he was hit by an SUV. As he was laying in the road, a second vehicle ran him over. Neither driver stopped to help the man, who was later rushed to the hospital in critical condition. The police are still searching for the two drivers.

Miami Man Runs From Accident During Snowstorm In The Northwest

According to the Miami-News Record, 29-year-old Michael Tiffany flipped his vehicle while driving through the Northwest with another Miami native named Julie Gammill. Gammill received a serious head injury, but instead of calling for help, Tiffany decided to flea on foot because he was afraid that police would discover that he was high on methamphetamine.

For six hours, Tiffany walked through the snow to avoid police officers. Unfortunately for him, he left his wallet in the car, so local police knew who they were after. They contacted Miami Police in order to alert his family. When they found him, hitchhiking along the highway, they took him to the hospital before arresting him for leaving the scene.

There is really no excuse for leaving a person alone and injured in the street after running them over. At Wolfson & Leon, we stand up for hit-and-run victims by helping them file personal-injury lawsuits that can help compensate for their injuries. If you were hit by a negligent driver who then fled the scene, Call Us At 305-285-1115 Today!