If you slip and fall at Publix, Target, Walmart or most large retailers, chances are your fall was videotaped by a store surveillance system. You probably think this is a good thing because then everyone can see what happened. Not so fast. 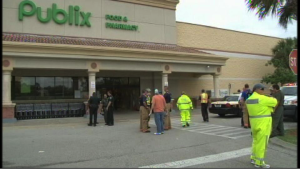 Most major retailers have closed circuit video surveillance systems for two main reasons. First is theft prevention. The second, and equally important to the retailer, is to defend against premises liability claims. Under the current law, these stores typically object to producing the video until AFTER the claimant has testified under oath and that decision rests with the trial judge.

The decisions on the issue have evolved over the years. Originally the Florida Supreme Court said that defendants could withhold video surveillance tapes until after the plaintiff testified. The video in question was taken after the accident occurred and while the claim was pending. This is the type of video taken by the private investigator hiding in the bushes.

In 2013, the Fourth District Court faced the issue again. This time in McClure v. Publix, the trial court said the plaintiff had to testify first and then she could get the store video. The appellate court agreed saying that the decision of when the store video should be produced belonged to the trial court and so long as the trial judge did not abuse his/her discretion then the appellate court would not tell the trial judge what to do.

At the current time, the decision to produce the store video before or after your testimony rests solely with the trial judge at least until the appellate courts address the issue again. So what does that mean to you? What can you do?

Realize that these retailers such as Publix, Walmart, Target, Ross Dress for Less and others will fight to resist giving you a store video before your testimony. In a typical accident, the customer is not expecting to slip or trip and fall. Often they are in immediate pain after the fall and need medical care. Store employees come and take photos, try to get statements and offer medical assistance if necessary. Now if that customer has to testify as to what happened without seeing the store video, they are trying to recall seconds of time from an unexpected event followed by pain. A difficult, if not impossible, task for sure and that is what the retailers are counting on.

If you are involved in a slip or trip and fall in a retail store, you and your friends and family should try to take photographs and video of the scene if possible. You should also insist on getting medical care and treatment. Failure to get immediate medical treatment can damage your potential claim so there is no benefit to “waiting to see if I feel better”.

Lastly, you should seek the advice and guidance of a personal injury attorney. These retail stores hire the best defense attorneys possible. You should make sure you are completely satisfied with your choice of a lawyer.

Wolfson & Leon is a personal injury law firm representing people injured in all forms of accidents including retail store fall downs. Call us today for a free consultation at 305-285-1115.