How many times have you heard the phrase “frivolous lawsuit?” Insurance companies and their lobbyists pin many of society’s problems on personal-injury lawsuits, but, under all the inflammatory phrases and exaggerated reporting, there are real people and legitimate cases that they don’t want to discuss. 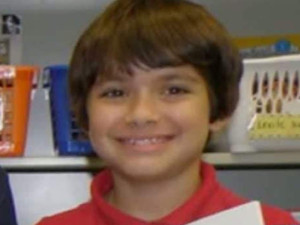 For example, they probably don’t want to talk about Aaron Beauchamp and his family. This fourth grader boarded his school bus like he did every day. He fastened his seat belt along with at least 19 of his classmates and waited for the bus to drop him off in his neighborhood. He never made it home.

Along the way, Beauchamp’s bus driver accidentally made an illegal turn in front of a semi trailer. The two vehicles collided with so much force that the truck flipped over, and the bus spun across the road. By the time emergency personnel arrived on the scene of the auto accident, Aaron was dead.

No one should have to bury a child, but not every tragedy warrants hiring a personal-injury lawyer. In fact, certain media outlets called his family’s lawsuit frivolous, but there exist some details that the critics would rather not acknowledge.

According to WPTV, the Beauchamp family recently discovered that Aaron died because he was thrown from his seat during the crash, which seems to contradict earlier reports that claimed he had been wearing his seatbelt. Surprisingly enough, both narratives are correct.

Both Aaron’s seatbelt and seat were defective and failed to keep him secure during the crash. If you have any children in your life, this should concern you, because buses all over southern Florida still use the same seats and seatbelts.

If a defective part caused an accident that left you or someone you love severely injured, you know how devastating negligence can be. If you’re considering a personal-injury lawsuit, call us today. At Wolfson & Leon, LLP, we’ve represented auto accident victims for more than 50 years.

The Beauchamp family’s lawsuit targets five manufacturers for negligence in connection with the defective seating situation. They recently spoke out, saying that this is the only way they know of that will force the manufacturers to make the changes that will prevent future tragedies.

Currently, the Florida law does not required students to wear seatbelts while riding the bus, but Aaron’s story launched a debate about whether or not the law should make seatbelt use mandatory. Nothing will bring Aaron back, but, through the personal-injury lawsuit, his parents can make sure that he didn’t die in vain.

If you’re planning to file a personal-injury or wrongful death lawsuit, you’ll need an attorney on your side who can fight for the justice that you deserve. At Wolfson & Leon, LLP, we give all of our clients the time their cases deserve and strive to represent them in the best way possible. To schedule a free initial consultation with a Miami personal-injury lawyer, call 305-285-1115.