In the world of car accidents, tractor-trailer accidents are the most destructive. These large trucks can legally weigh up to 80,000 pounds. According to the Environmental Protection Agency, the average weight of a car is 4,079 pounds. 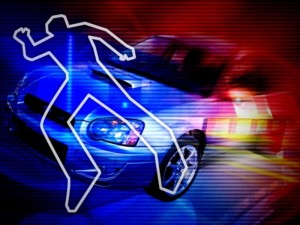 The disparity between these two numbers should give you some idea of the destruction that occurs in a tractor-trailer collision. In many cases, these accidents resemble crashes between cars and trains more than the typical traffic accident.

Oftentimes, the accidents occur because of negligent driving. Tractor-trailer drivers are usually on very tight schedules, requiring them to drive for long hours at a time. It’s not unusual for drivers to exceed the federal rest guidelines in order to make a delivery on time.

Too much driving leads to fatigue and careless driving errors. According to The Florida Times-Union, police believe that a tractor-trailer driver is to blame for a recent chain-reaction accident.

Truck driver Barbara Carol Pennington failed to slow down with the traffic around her, rear-ending several vehicles including other tractor-trailers. Two of the trucks and another vehicle immediately caught fire.

Four People Died in the Fiery Truck Accident Along the Interstate

In total, the accident involved three tractor-trailers and at least eight cars. The blaze engulfed several vehicles, killing those inside. Sadly, the wreck claimed the life of a one-year-old passenger.

There is no word on the injuries sustained by other drivers.

Of those accidents, approximately 5,000 are fatal. The numbers have been increasing during the past decade as trucking companies continue to expand.

If you’ve been involved in a truck accident and you’re recovering from injuries as a result, call us. At Wolfson Law Firm, LLP, we are committed to protecting the rights of negligent-driving victims.

You can rely on our 50 years of personal-injury experience. To arrange a consultation with a Miami accident lawyer from our firm, call us today at 305-285-1115.

CBS Miami reports on another chain reaction crash involving a tractor-trailer. Truck driver Kevin Roper is in police custody after causing an accident at 1 a.m. on Saturday. Police say that Roper neglected to slow down when approaching an intersection and rear-ended a limousine, which then struck several other vehicles.

Comedian Tracy Morgan was riding in the limousine and is in critical condition at a nearby hospital. Three other victims are also listed in serious condition after the wreck. Police say that one driver died in the tragic accident.

In both accidents, slow reaction times played a significant role, possibly indicating that the drivers were fatigued.

If you’re looking for an accident attorney after a truck accident in Miami, call us! At Wolfson Law Firm, LLP, we offer free case evaluations to show how committed we are to our clients.