MIAMI, FLORIDA – Data from the Florida Department of Transportation lists 1,173 wrong-way crashes (also known as “head-on collisions”) on Florida’s freeways and toll roads from 2003 to 2012. In those, 164 people were killed and 1,322 hurt. 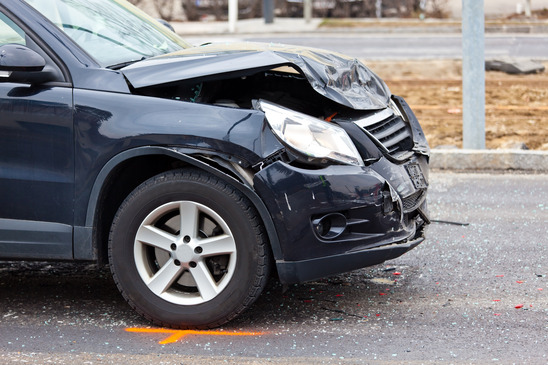 Seaside attraction Miami, which is the largest metropolitan area in Florida, is no exception. Some factors noted in Miami that are not common in other areas which can cause a motorist to have a head-on collision include large streets that resemble highways where people tend to drive very fast; some large streets and highways with places that don’t have a shoulder to seek safety on when faced with an oncoming wrong-way motorist; a highway and toll system that can be very confusing for people who are not from Miami, sometimes causing them to panic when trying to make decisions and end up going the wrong way; very heavy downpours of rain that occur quickly and with no warning where the driver literally cannot see out of the windshield; and tourists (particularly international ones) driving who are not familiar with the area. Miami can be a challenging place to drive, especially for the uninitiated.

Miami can especially be a challenging place to have a serious automobile accident, whether you are a visitor or Florida resident. Attorneys at Wolfson & Leon have a combined 62 years of experience representing accident victims in Miami. If you contact Wolfson & Leon immediately after your accident, even before speaking to the car insurance companies involved, you will not be misled into making any statements by a car insurance company that will come back to haunt you and harm your case. Wolfson & Leon will make a thorough investigation of your personal situation and assist you when it comes to making statements to insurance companies.

END_OF_DOCUMENT_TOKEN_TO_BE_REPLACED

The minimum Personal Injury Protection coverage required by law in Florida is only $10,000. This amount is never enough to fully pay for damages, especially when it comes to a catastrophic accident like a head-on-collision. And that is your own insurance that covers your own damages. Unfortunately, many car owners skimp on their insurance to save money and just purchase the minimum amount of insurance. Another problem that may occur is the at-fault driver does not have any insurance at all, so remember it is always recommended to carry uninsured motorist coverage on your vehicles.

Besides injuries and a destroyed automobile, head-on-collisions can wreak havoc financially. Medical care is costly and you may end up with a lot of debt because of it. The cost of the most advanced and intensive care, such as for injuries to the brain and spinal cord can easily end up in the six figures. You may need physical rehabilitation for a long time. You may be laid up and unable to go to work, which can hurt your budget even if it is for a short time. If you are unable to work because of your injuries for a long time, you could end up bankrupt.

The worst case scenario is death. If a relative died in an auto accident, you also may be able to file a wrongful death claim … to obtain justice for your loved one who has passed over, and to fight to provide the survivors of the deceased much deserved financial stability.